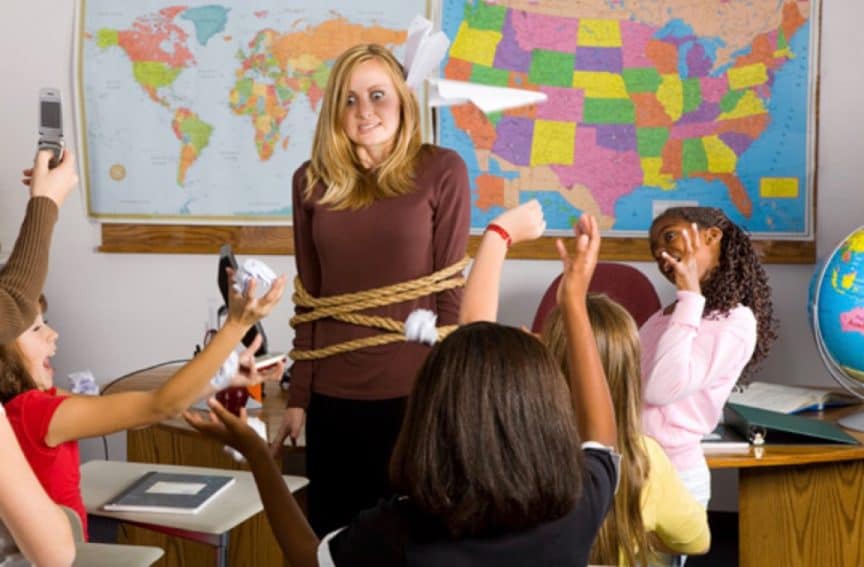 After being involved in all aspects of teacher evaluations for decades, it’s my own experiences that are often the most compelling way of communicating best practice. With that in mind, here are accounts of five evaluations that I personally conducted and what I learned from them. In deference to those who were evaluated and to avoid any possible identification, I have altered some of the circumstances in these accounts. Nevertheless, they reveal a great deal about typical teaching situations administrators might encounter, how to approach them and, as often happens when one observes classes, they taught me new things about outstanding teaching practice. I hope you find them instructive.

Sometimes a teacher’s apprehension about being evaluated is almost palpable – and often unfounded. In this case, despite the teacher’s tension about being evaluated, she taught an excellent lesson to an upper-elementary grade class. It was well planned. The style of teaching was thoroughly interactive, engaging students at all stages. It was a foreign language lesson, and commendably the teacher used only the target language. When the students had difficulty understanding, she helped them by gesturing, pointing to objects, classroom illustrations, and so on, rather than translating. The lesson included lots of variety, giving students the opportunity to listen, speak, read and write.

Before leaving the room at the end of the lesson, I made sure to go to the teacher and quietly tell her that it was an excellent lesson, and that when we met later, I would be able to tell her why I thought it so good. The result, of course, was to cause the teacher much relief, greatly reducing her anxiety at being evaluated, and setting the stage for a very positive atmosphere for the rest of the evaluation process.

2. You can have too much of a good thing

While success is often worth repeating, lesson plans may not be. In this instance, the teacher taught a very effective lesson. Students had opportunities to read, write, listen and speak in the target language. There was individual, whole class and group work.

However, when I visited the same class on a second occasion, the lesson followed exactly the same pattern as the first. Discussion with the teacher and review of the collection of lesson plans revealed that this pattern was repeated almost invariably every day. We brainstormed ways that the lessons could be varied to remain fresh and maintain student interest. There could be differences in the relative amount of time allocated to the different elements. The order of the lesson components did not have to be the same each time. The membership and size of groups could be different from lesson to lesson.

This experience influenced me to reconsider my own practice in conducting teacher evaluations. Until then, in a typical evaluation I took care to visit a representative sample of the courses the teacher taught. For example, if I was working with, say, a grade 5 generalist, I would probably visit one English Language arts lesson, one math or science lesson, and one social studies or science class. After this evaluation, I would more likely visit two classes of one subject and one of another so that I could get a sense of how lesson were varied within the same discipline.

This biology lesson was on a topic that easily lent itself to lab work. Yet the teacher taught it by having students take turns reading from the textbook, complete a worksheet, albeit a relatively interesting one, and watch and discuss a video. In discussion with the teacher, it appeared that he had had some difficulty managing classroom behaviour and was worried that things might get out of hand in a lab situation. I told him that my guess was that he would find the opposite: in a more engaging, activity-based lesson, students would be less likely to misbehave. After coming up with some ideas ourselves, we spent a few minutes Googling lesson plans, and found others that could be adapted to create engaging relevant labs. I look forward to a subsequent observation in the same class when I hope to have opportunity of observing a lab-based lesson, and how the students respond.

4. Rejecting the path of least resistance

This evaluation seemed like something out of a movie script. I observed a lesson in a particularly tough junior high. Whilst the teacher was “teaching”, the students were throwing things around, yelling, cursing at each other and at the teacher. The teacher, seemingly oblivious to most of what was happening, made little attempt to curb the behaviour. When I asked the teacher afterwards how she felt the lesson had gone, she said “quite well, for that class.” I begged to differ.

I judged the teacher to be a “path of least resistance” kind of person. She had simply convinced herself that that behaviour was all that could be expected. She was shocked by my view that her practice was contributing to, and even encouraging the problem. She had been poorly prepared for the lesson. When the students had entered the room, instead of greeting them at the door, and being ready to immediately begin the lesson, she was busying herself trying to locate the handouts she required. By the time she did try to start, the chaos was well established. Instead of immediately dealing with misbehaviour, she ignored it. Together, we reviewed the lesson step-by-step, and discussed how it might have been managed differently. I then arranged a subsequent visit, and told her what I expected to see.

That next lesson was excellent! It was so different it was hard to believe it was the same school, class, or teacher. It is an example of when one simply does not accept that things have to be as they are, and is explicit about what needs to be done differently, evaluation can lead to significant improvement of practice.

I observed a novice teacher deliver a lesson introducing Shakespeare to an initially sceptical grade 10 class. Through a variety of entertaining and engaging activities, soon she had her students excited and eager to begin their study of Julius Caesar.  I used to be a high school English teacher, and, as I told the teacher, never had I introduced a class to Shakespeare as effectively as she, a rookie, did!

That is one of the joys of this work. One often observes wonderful teaching, and has the opportunity to articulate to the teacher just why one found it so good. Just as teachers know that one encourages good student conduct by “catching them doing right”, so it is enormously encouraging to teachers to have their excellent practice appreciated and acknowledged, especially by their supervisors.

Interestingly, it is often by revisiting my notable experiences in teacher evaluations that I remind myself of best practice – in both evaluation and teaching – and keep my own work fresh and energetic. I hope these examples do the same for you.